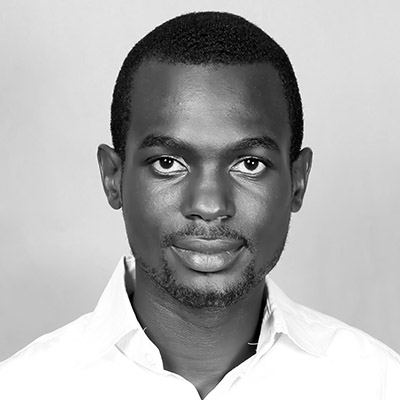 Olumide Adeleye is a social entrepreneur and candid documentary filmmaker. He is the Founder & CEO of The Twim Art Institute.

He has a Bachelors degree in Agricultural Economics and Farm Management from the University of Agriculture, Abeokuta, Nigeria. Thereafter, he underwent a series of training programs in media and creative arts in India, and understudied Bollywood filmmaker, Satish Kumar. During that period, he observed that India’s focus on vocational education created self-employment opportunities for her young people and decided to implement this model in Nigeria. The result was Twim Academy, a school that raises entrepreneurs in the media and creative arts, now known as The Twim Art Institute. Twim Academy has been named one of the “50 Most Innovative Startups in Africa” by New York Forum Africa.

Oumide Adeleye is a 2015 Finalist for the Ford Foundation Prize for Youth Employment and a 2015 MasterCard Foundation / Ashoka “Innovations for Youth Employment in Africa” winner. He was also a part of the “Education Challenge Africa” fellowship program at the DO School in Germany. In 2017, he was also a Leap Africa Social Innovation Fellow, and an aKoma Amplify Storytelling Fellow.

As a documentary filmmaker, Olumide has produced short documentary videos for international organisations such as Cambridge University / the Queen’s Young Leaders’ programme, Youth for Technology Foundation and Ampion. He was one of the international media professionals who covered Deutsche Welle’s “Global Media Forum” (Germany’s biggest media event) for Orange Magazine and the European Youth Press in June 2016.

Olumide is also a Certified Ethical Hacker, a Microsoft Certified Professional and holds ITIL and ITSM certifications as well. Widely consulted for SME startup advice and mentoring, he hosts and facilitates the Twim Institute Annual Conference- the biggest entrepreneurship event in Oyo State, Nigeria, with the latest edition having over 2500 participants. He also cohosts the Olumide and Moremi Adeleye Show on radio with his wife, Moremi.